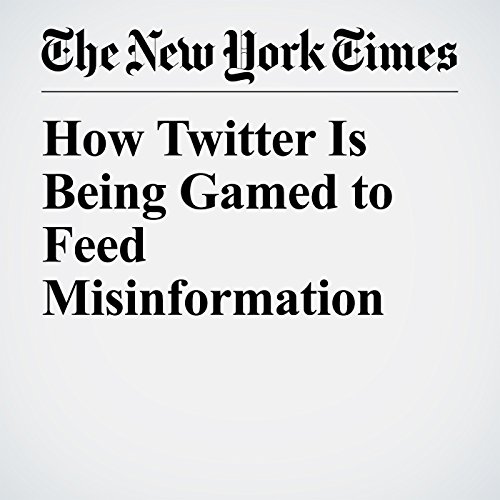 After last year’s election, Facebook came in for a drubbing for its role in propagating misinformation — or “fake news,” as we called it back then, before the term became a catchall designation for any news you don’t like. The criticism was well placed: Facebook is the world’s most popular social network, and millions of people look to it daily for news.

"How Twitter Is Being Gamed to Feed Misinformation" is from the May 31, 2017 U.S. section of The New York Times. It was written by Farhad Manjoo and narrated by Mike DelGaudio.