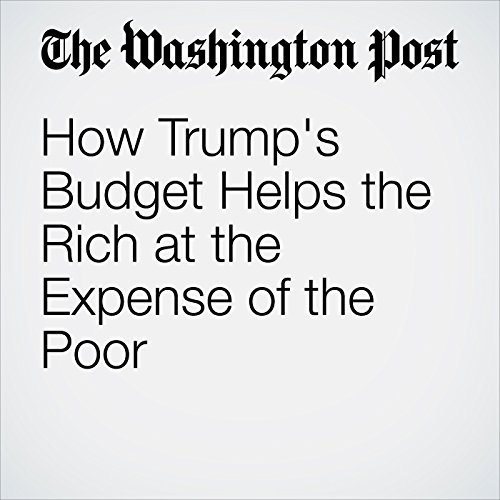 For President Obama, the gap separating rich and poor Americans was, as he put it in a speech in 2013, “the defining challenge of our time.” He and his administration labored against Republican opposition and tough economic realities to shrink that disparity for eight years, making reducing inequality a central goal of national policymaking.

"How Trump's Budget Helps the Rich at the Expense of the Poor" is from the May 23, 2017 Business section of The Washington Post. It was written by Max Ehrenfreund and narrated by Sam Scholl.