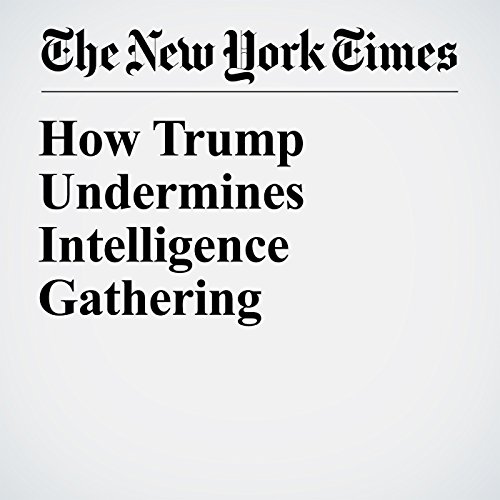 The relationship between a new president and the intelligence agencies that serve him can be difficult in the best of times. But it’s hard to imagine a more turbulent transition than the current one, which has been marred by assertions that the administration has tried to both politicize and marginalize intelligence gathering.

"How Trump Undermines Intelligence Gathering" is from the March 08, 2017 Opinion section of The New York Times. It was written by Michael V. Hayden and narrated by Caroline Miller.