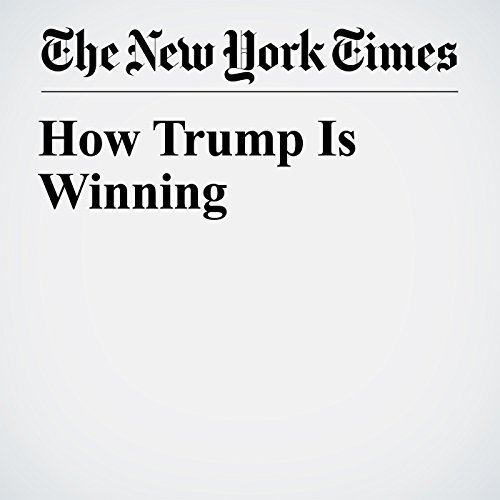 As Donald Trump entered the second year in office, he seemed determined to destabilize his administration’s fragile status quo. He pushed out a cluster of advisers, replacing them with people he liked watching on TV. He forged ahead on his long-promised policy of trade war. He decided to take the starring, summit-organizing role in his own North Korean brinkmanship. And he stepped up — well, or just continued, it’s hard to make quantitative judgments — his rhetorical war against the Robert Mueller investigation.

"How Trump Is Winning" is from the May 05, 2018 Opinion section of The New York Times. It was written by Ross Douthat and narrated by Keith Sellon-Wright.