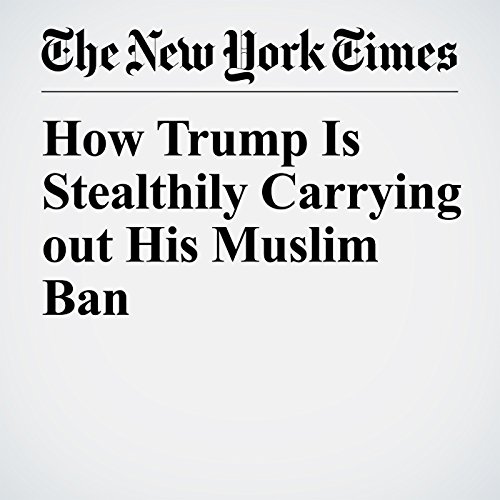 Lost amid the uproar over the Trump administration’s travel restrictions on citizens from Muslim-majority countries and the impending showdown at the Supreme Court are the insidious ways that the government has already begun to impose a Muslim ban.

"How Trump Is Stealthily Carrying out His Muslim Ban" is from the July 17, 2017 Opinion section of The New York Times. It was written by Farhana Khera and Johnathan J. Smith and narrated by Keith Sellon-Wright.