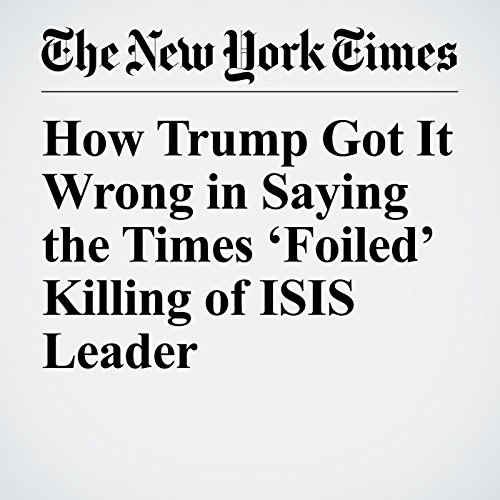 President Donald Trump wrongly tweeted Saturday that The New York Times had “foiled” an attempt by the U.S. military to kill Abu Bakr al-Baghdadi, the leader of the Islamic State group.

"How Trump Got It Wrong in Saying the Times ‘Foiled’ Killing of ISIS Leader" is from the July 23, 2017 U.S. section of The New York Times. It was written by Michael R. Gordon and narrated by Kristi Burns.