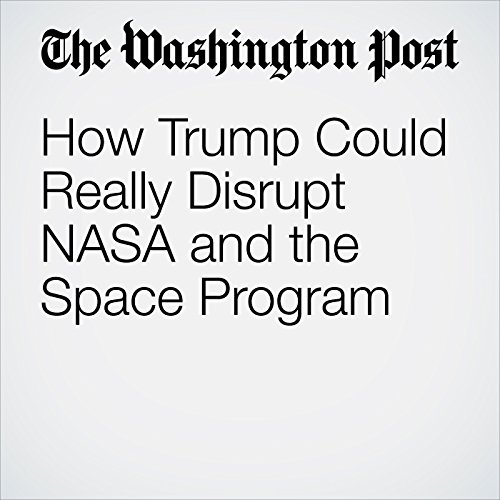 The Trump people are taking over NASA, and it’s hard to predict how this will play out for the agency's human spaceflight program. That’s in part because the usual rules of partisanship and ideology don’t apply in outer space. Above the stratosphere, there’s no left and right. (If anything, things are somewhat reversed, because a lot of Republicans support Big Government human spaceflight projects, as we’ll discuss in a moment.) Moreover, the president-elect hasn’t said much about space, and space wasn’t an issue in his campaign, either.

"How Trump Could Really Disrupt NASA and the Space Program" is from the January 03, 2017 Speaking of Science section of The Washington Post. It was written by Joel Achenbach and narrated by Sam Scholl.