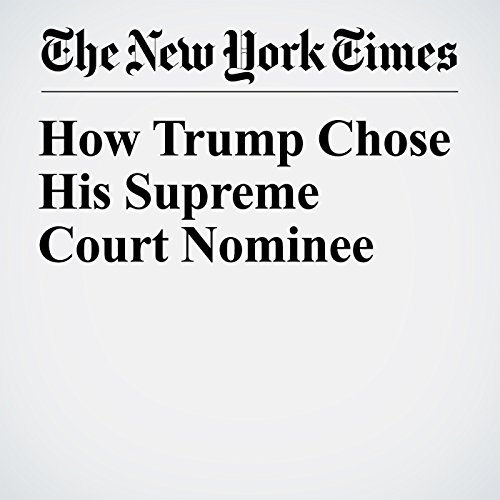 Although his name did not even appear on Trump’s first list of 11 potential nominees, Gorsuch was the last person standing in a selection process that in some ways began last year, when as a candidate Trump took the unusual step of releasing the names of those he would consider for the court.

"How Trump Chose His Supreme Court Nominee" is from the February 06, 2017 U.S. section of The New York Times. It was written by Adam Liptak and narrated by Caroline Miller.