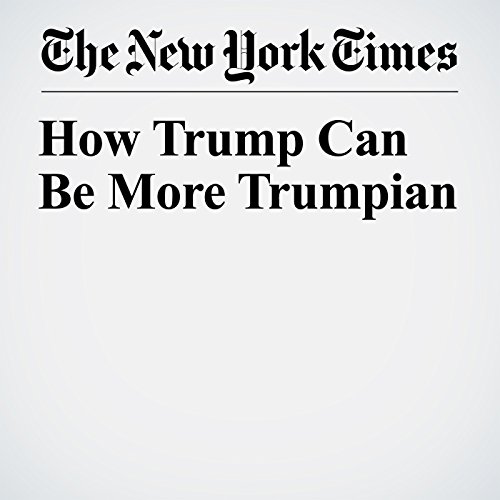 How Trump Can Be More Trumpian

When President Trump addresses Congress in his first State of the Union speech on Tuesday, he will be able to plausibly claim that the first year of his presidency represented one of the most successful years for conservative domestic policy goals since the end of the Cold War.

"How Trump Can Be More Trumpian" is from the January 31, 2018 Opinion section of The New York Times. It was written by Benjamin Domenech and narrated by Kristi Burns.