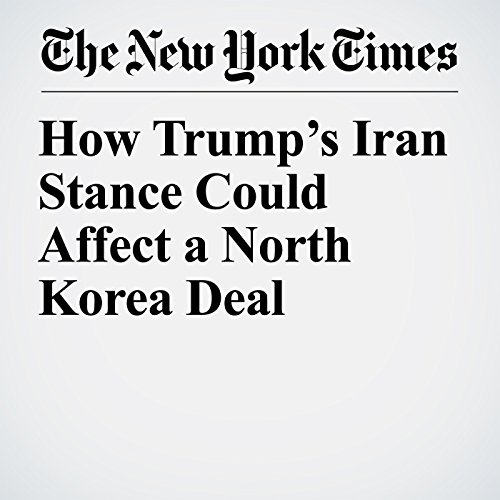 TOKYO — In announcing his decision to exit the Iran nuclear accord, President Donald Trump said he also wanted to send a signal about the kind of hard bargain he plans to drive with another longtime U.S. adversary, North Korea.

"How Trump’s Iran Stance Could Affect a North Korea Deal" is from the May 09, 2018 U.S. section of The New York Times. It was written by Motoko Rich and narrated by Keith Sellon-Wright.