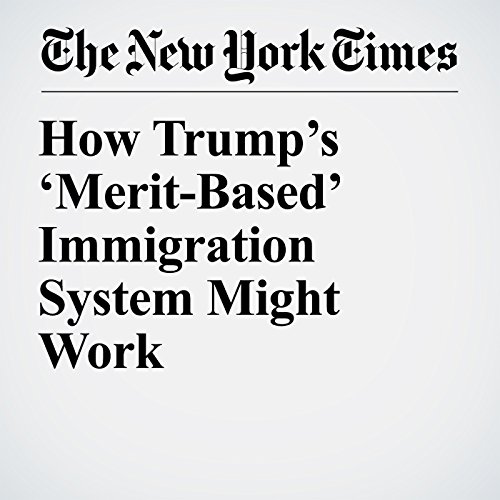 Trump’s call for a “merit-based” immigration system — one that puts a priority on skills and employability over family ties — revived a central element of the broad immigration compromise sought in 2007 by President George W. Bush, which paired stricter border enforcement with an eventual grant of legal status for many of the estimated 11 million immigrants illegally living in the United States.

"How Trump’s ‘Merit-Based’ Immigration System Might Work" is from the March 01, 2017 U.S. section of The New York Times. It was written by Julie Hirschfeld Davis and narrated by Caroline Miller.