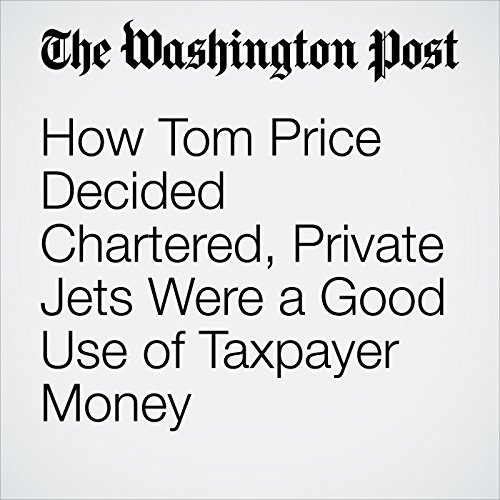 After Tom Price was sworn in as health and human services secretary, the Georgia Republican faced an inconvenience known to millions of Americans: His flight was delayed, an aide said, and he was forced to spend hours at an airport. The delay left Price a no-show at an early public appearance his office helped plan.

"How Tom Price Decided Chartered, Private Jets Were a Good Use of Taxpayer Money" is from the September 22, 2017 National section of The Washington Post. It was written by Aaron C. Davis and narrated by Jenny Hoops.