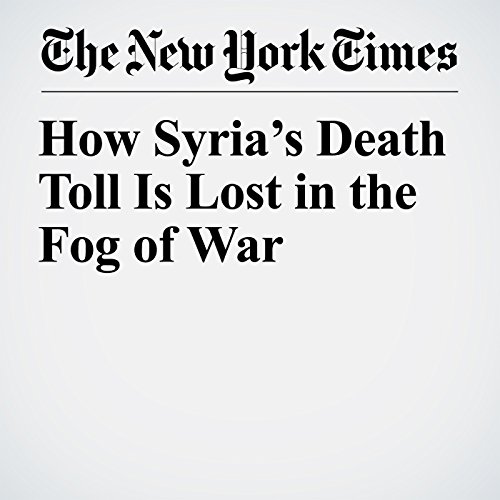 In seven years, the casualties of Syria’s civil war have grown from the first handful of protesters shot by government forces to hundreds of thousands of dead.

"How Syria’s Death Toll Is Lost in the Fog of War" is from the April 13, 2018 World section of The New York Times. It was written by Megan Specia and narrated by Mike DelGaudio.