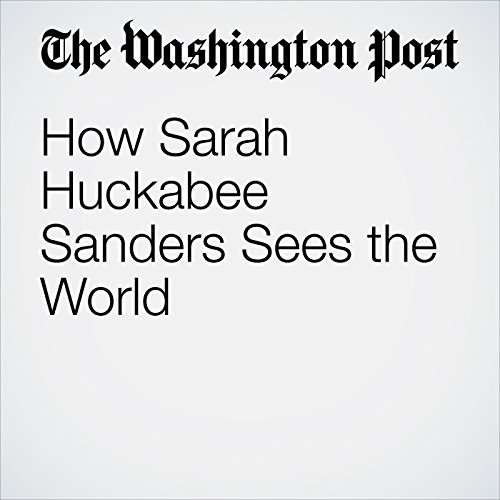 As a girl, she watched her father, Southern Baptist pastor-turned-GOP-governor Mike Huckabee, sidelined when he entered politics. Arkansas Democrats literally nailed his office door shut.In the years after, she saw conservative Christians — like her family, like most everyone she knew — ridiculed in American pop culture.

"How Sarah Huckabee Sanders Sees the World" is from the October 11, 2017 Politics section of The Washington Post. It was written by Michelle Boorstein and narrated by Sam Scholl.