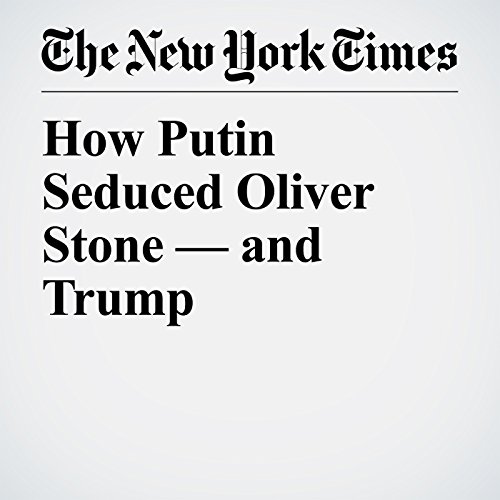 Watching four hours of Oliver Stone interviewing President Vladimir Putin of Russia is not a lesson in journalism. Stone is an inept interviewer, and he does not get Putin to say anything the world hasn’t heard from him before. Watching the interviews for entertainment is a questionable proposition, too: The four-part series contains many dull exchanges and even more filler, like footage of the two men watching “Dr. Strangelove” together.

"How Putin Seduced Oliver Stone — and Trump" is from the June 25, 2017 Opinion section of The New York Times. It was written by Masha Gessen and narrated by Kristi Burns.