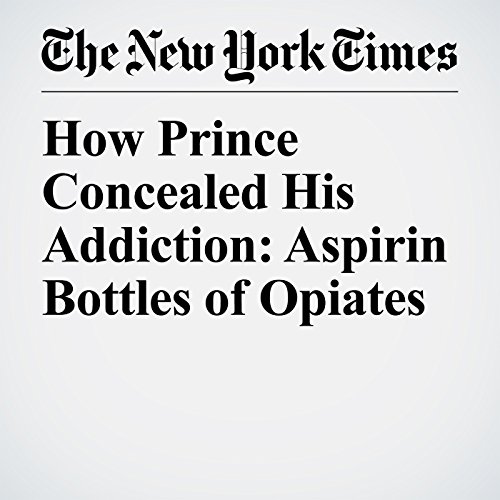 At the time of Prince’s death, his Paisley Park home and recording compound in Minnesota were strewn with “a sizable amount” of narcotic painkillers for which he did not have prescriptions, including some hidden in over-the-counter vitamin and aspirin bottles and others issued in the name of a close aide, according to newly released court documents related to the investigation into the accidental opioid overdose that killed Prince last year.

"How Prince Concealed His Addiction: Aspirin Bottles of Opiates" is from the April 17, 2017 Entertainment section of The New York Times. It was written by Joe Coscarelli and Serge F. Kovaleski and narrated by Kristi Burns.