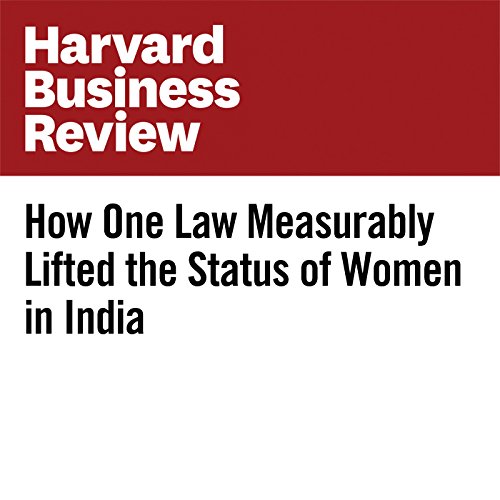 The impact of female political leaders goes beyond their policies. One way it occurs is through the role model effect: Public exposure to women at the top has been shown to reduce social bias and improve living conditions for women. Studies have shown that female political leadership increases the likelihood that a woman is elected again, that crimes against women are less likely to go unreported, and that parents state higher aspirations for their daughters.

"How One Law Measurably Lifted the Status of Women in India" is from hbr.org, published on March 16, 2017.