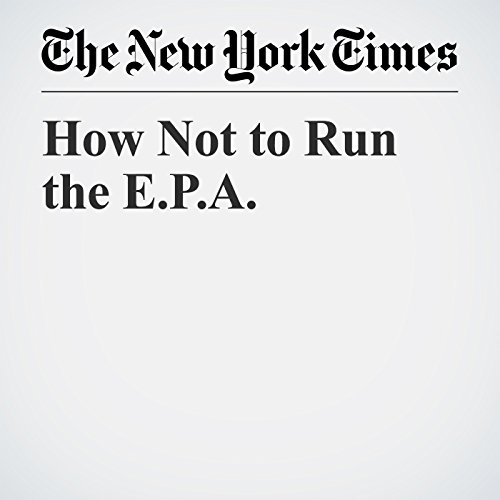 I have been worried about how the Environmental Protection Agency would be run ever since President Trump appointed Scott Pruitt, the former attorney general of Oklahoma, to oversee it. The past few months have confirmed my fears. The agency created by a Republican president 47 years ago to protect the environment and public health may end up doing neither under Mr. Pruitt’s direction.

"How Not to Run the E.P.A." is from the September 07, 2017 Opinion section of The New York Times. It was written by Christine Todd Whitman and narrated by Barbara Benjamin-Creel.

Cosa pensano gli ascoltatori di How Not to Run the E.P.A.