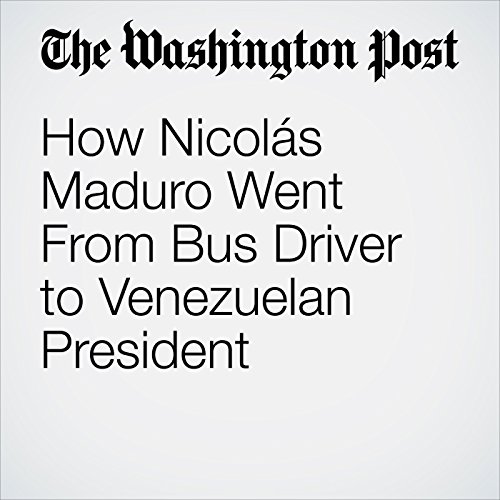 Maduro began his political life as president of the student union at his local high school. He never graduated, but the son of two leftists left an impression. “He would address us during the assembly to talk about students' rights and that sort of thing. He didn't speak much and wasn't agitating people into action but what he did say was usually poignant,” Grisel Rojas, a former classmate who is now the school's principal, told the Guardian.

"How Nicolás Maduro Went From Bus Driver to Venezuelan President" is from the August 03, 2017 WorldViews section of The Washington Post. It was written by Amanda Erickson and narrated by Sam Scholl.