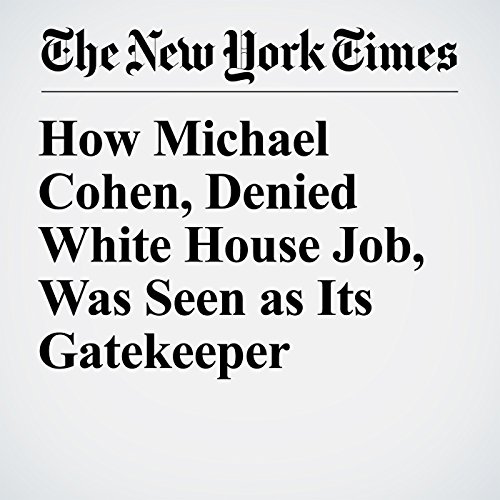 After paying off a pornographic film actress and doing other tasks to help his boss win the presidency, Michael D. Cohen was surprised to find that the doors to the White House were mostly closed to him.

"How Michael Cohen, Denied White House Job, Was Seen as Its Gatekeeper" is from the May 10, 2018 U.S. section of The New York Times. It was written by Mike Mcintire, Kenneth P. Vogel, Katie Thomas and Cecilia Kang and narrated by Keith Sellon-Wright.