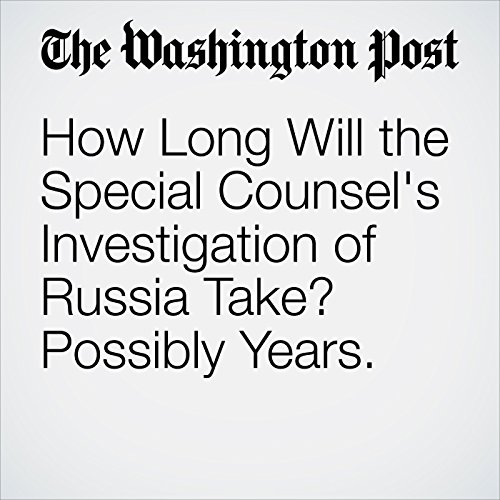 Deputy Attorney General Rod J. Rosenstein’s appointment of former FBI director Robert Mueller to act as special counsel investigating Russian meddling into the 2016 election is an unexpected development in the issue that’s roiled the early days of Donald Trump’s administration. While it’s also a relatively unusual step in recent history, we do know one thing about it: The odds are good that it will take a while.

"How Long Will the Special Counsel's Investigation of Russia Take? Possibly Years." is from the May 17, 2017 Politics section of The Washington Post. It was written by Philip Bump and narrated by Sam Scholl.