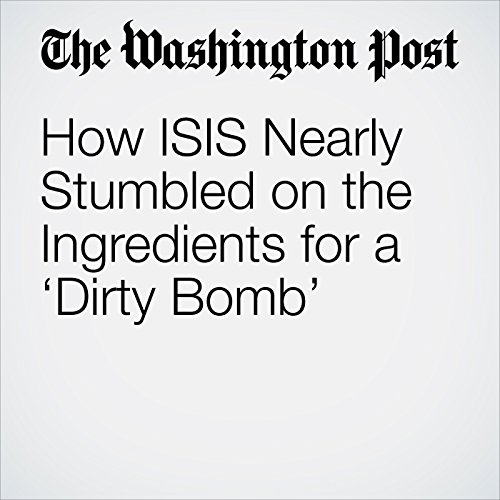 How ISIS Nearly Stumbled on the Ingredients for a ‘Dirty Bomb’

On the day the Islamic State overran the Iraqi city of Mosul in 2014, it laid claim to one of the greatest weapons bonanzas ever to fall to a terrorist group: a large metropolis dotted with military bases and garrisons stocked with guns, bombs, rockets and even battle tanks.

"How ISIS Nearly Stumbled on the Ingredients for a ‘Dirty Bomb’" is from the July 23, 2017 National Security section of The Washington Post. It was written by Joby Warrick and Loveday Morris and narrated by Sam Scholl.