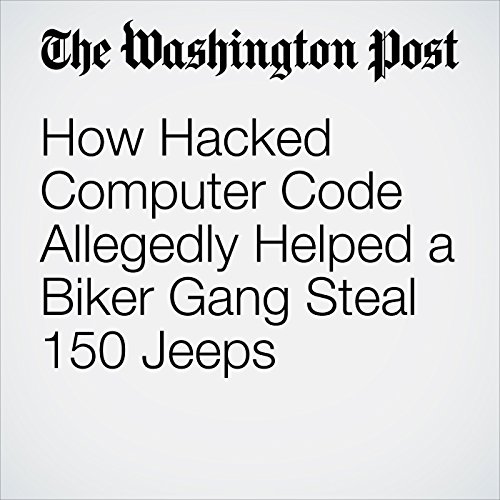 In a cross-border auto heist that resembles a scrapped plot from the “Fast and the Furious” franchise, nine members of a Tijuana-based biker club have been charged with stealing 150 Jeep Wranglers using stolen computer code and key designs, the Justice Department announced earlier this week.

"How Hacked Computer Code Allegedly Helped a Biker Gang Steal 150 Jeeps" is from the June 01, 2017 The Switch section of The Washington Post. It was written by Hamza Shaban and narrated by Sam Scholl.