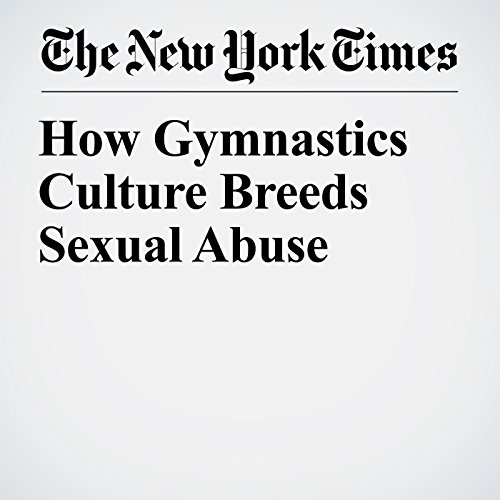 Jamie Dantzscher told the members of the Senate Judiciary Committee on Tuesday that, starting when she was 12 years old, a man who was supposed to be looking out for her well-being did just the opposite: He sexually abused her. She was an elite gymnast. He was the team doctor.

"How Gymnastics Culture Breeds Sexual Abuse" is from the March 31, 2017 Opinion section of The New York Times. It was written by Jennifer Sey and narrated by Fleet Cooper.