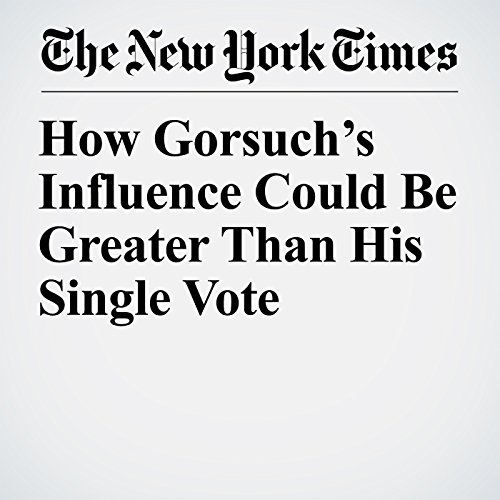 If Judge Neil Gorsuch is confirmed to the Supreme Court, he will become not only the ninth vote in a divided court but also a new colleague with the potential to move his eight peers in a conservative direction.

"How Gorsuch’s Influence Could Be Greater Than His Single Vote" is from the April 04, 2017 U.S. section of The New York Times. It was written by Justin Wolfers and narrated by Fleet Cooper.