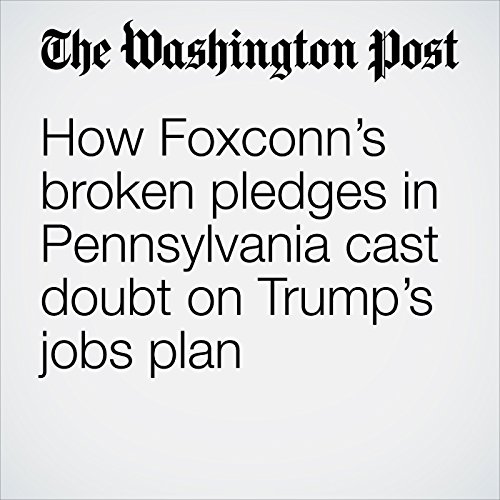 For some residents of this small city, there was something familiar about Foxconn’s recently announced plan to hire up to 50,000 U.S. workers, one of the many hiring pledges from companies rounded up by President Trump in the first weeks of his administration.

"How Foxconn’s broken pledges in Pennsylvania cast doubt on Trump’s jobs plan" is from the March 03, 2017 Business section of The Washington Post. It was written by Todd C. Frankel and narrated by Jill Melancon.