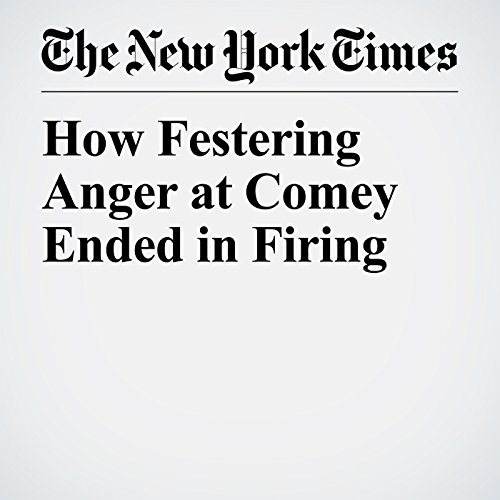 After President Donald Trump accused his predecessor in March of wiretapping him, James B. Comey, the FBI director, was flabbergasted. The president, Comey told associates, was “outside the realm of normal,” even “crazy."

"How Festering Anger at Comey Ended in Firing" is from the May 10, 2017 U.S. section of The New York Times. It was written by Maggie Haberman, Glenn Thrush, Michael S. Schmidt and Peter Baker and narrated by Keith Sellon-Wright.