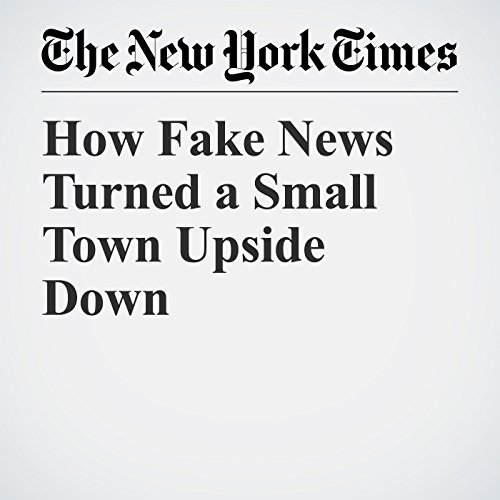 On a Tuesday morning in June 2016, Nathan Brown, a reporter for The Times-News, the local paper in Twin Falls, Idaho, strolled into the office and cleared off a spot for his coffee cup amid the documents and notebooks piled on his desk. His first order of business was an article about a City Council meeting from the night before, which he hadn’t attended. Brown pulled up a recording of the proceedings and began punching out notes for his weekly article. Because most governing in Twin Falls is done by a city manager, these meetings tend to deal with trivial subjects like lawn-watering and potholes, but Brown could tell immediately that this one was different.

"How Fake News Turned a Small Town Upside Down" is from the September 26, 2017 U.S. section of The New York Times. It was written by Caitlin Dickerson and narrated by Keith Sellon-Wright.