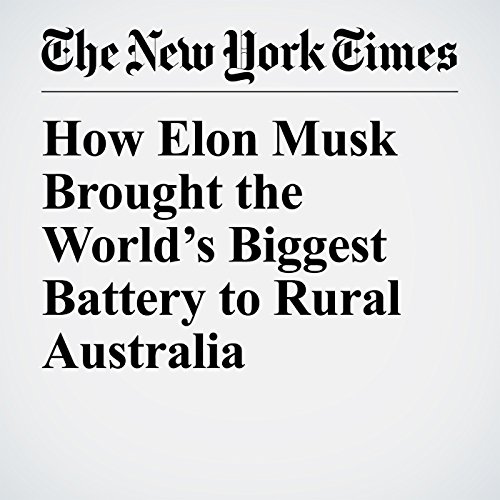 The state of South Australia announced on Friday that it had powered up the world’s biggest battery ahead of schedule: a feat already being heralded as one of this century’s first great engineering marvels and a potential solution to the country’s energy woes.

"How Elon Musk Brought the World’s Biggest Battery to Rural Australia" is from the November 30, 2017 World section of The New York Times. It was written by Adam Baidawi and narrated by Barbara Benjamin-Creel.