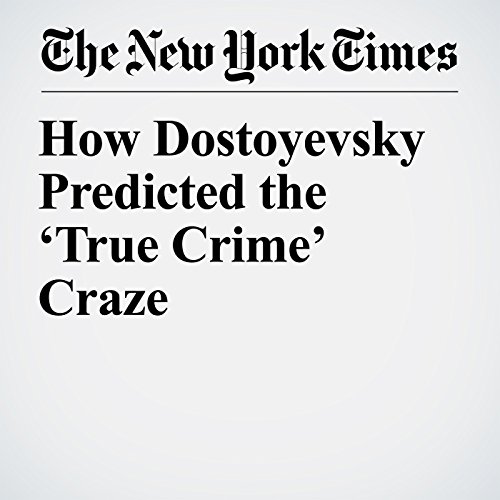 The “true crime” genre, spurred by podcasts like “Serial” and shows like Netflix’s “Making a Murderer,” doesn’t seem to be slowing down. That’s welcome news for those who seek criminal justice reform. The genre is increasingly framed as reformist, with critiques of police abuses, overzealous prosecutions and mass incarceration playing central roles.

"How Dostoyevsky Predicted the ‘True Crime’ Craze" is from the May 28, 2018 Opinion section of The New York Times. It was written by Jennifer Wilson and narrated by Kristi Burns.