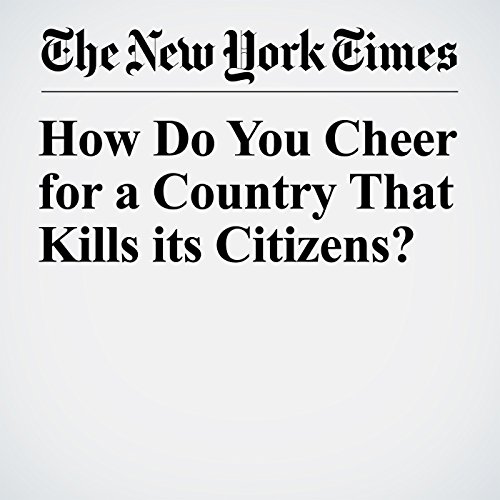 In the first round of the World Cup, there is a phenomenon called “the Group of Death,” which refers to a grouping of four teams that are roughly equal. It’s “deadly” because even a talented squad will have a tough time advancing to the next stage when facing so many similarly skillful competitors. In 2014, to my horror, England found themselves in such a situation, competing against Italy, Uruguay and Costa Rica. Of course they got knocked out.

"How Do You Cheer for a Country That Kills its Citizens?" is from the June 22, 2018 Opinion section of The New York Times. It was written by Musa Okwonga and narrated by Keith Sellon-Wright.

Cosa pensano gli ascoltatori di How Do You Cheer for a Country That Kills its Citizens?