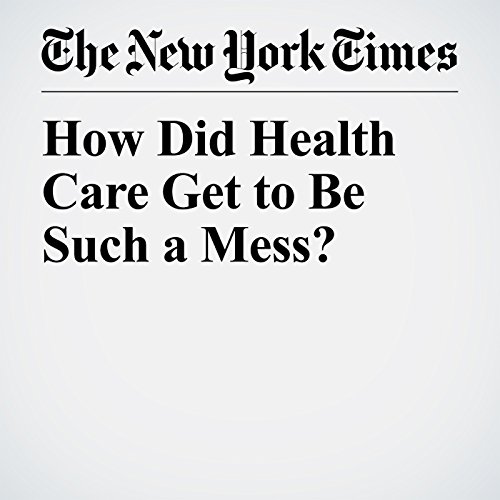 Both parties have stumbled to enact comprehensive health care reform because they insist on patching up a rickety, malfunctioning model. The insurance company model drives up prices and fragments care. Rather than rejecting this jerry-built structure, the Democrats’ Obamacare legislation simply added a cracked support beam or two. The Republican bill will knock those out to focus on spackling other dilapidated parts of the system.

"How Did Health Care Get to Be Such a Mess?" is from the June 18, 2017 Opinion section of The New York Times. It was written by Christy Ford Chapin and narrated by Keith Sellon-Wright.

Cosa pensano gli ascoltatori di How Did Health Care Get to Be Such a Mess?