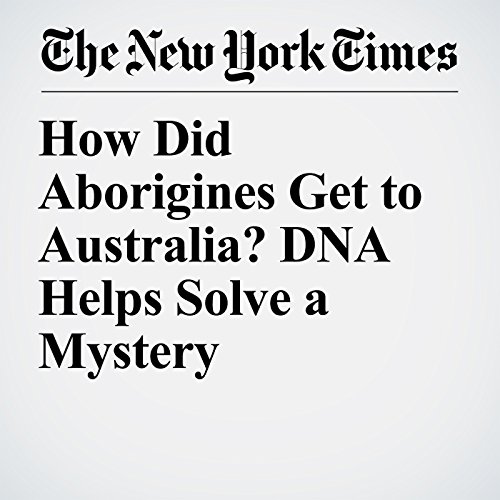 Human skeletons and archaeological remains in Australia can be traced back nearly 50,000 years before the trail disappears. Before then, apparently, Australia was free of humans.

"How Did Aborigines Get to Australia? DNA Helps Solve a Mystery" is from the March 08, 2017 World section of The New York Times. It was written by Carl Zimmer and narrated by Fleet Cooper.

Cosa pensano gli ascoltatori di How Did Aborigines Get to Australia? DNA Helps Solve a Mystery