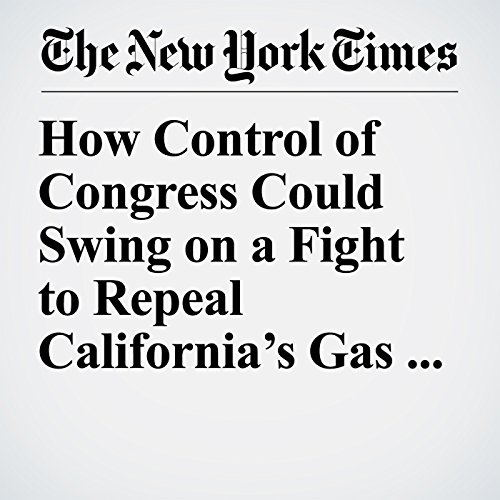 It was enacted by the thinnest of margins: A 12-cent gasoline tax passed by lawmakers last year to finance a multibillion-dollar campaign to repair California roads and bridges hobbled by years of neglect and disrepair.

"How Control of Congress Could Swing on a Fight to Repeal California’s Gas Tax" is from the July 06, 2018 U.S. section of The New York Times. It was written by Adam Nagourney and narrated by Barbara Benjamin-Creel.