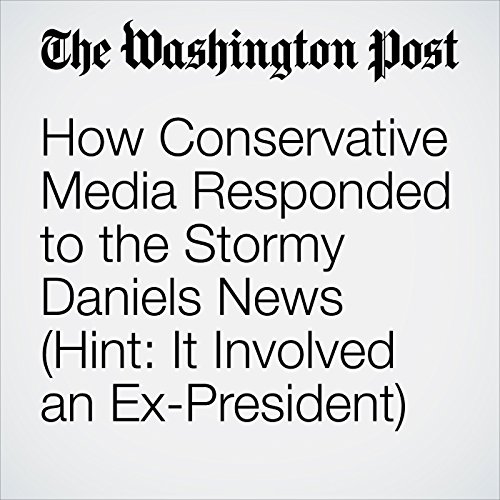 Bill Clinton hasn’t been president for nearly two decades, and Hillary Clinton has led a mostly low-profile existence since her presidential campaign ended in 2016.

"How Conservative Media Responded to the Stormy Daniels News (Hint: It Involved an Ex-President)" is from the March 27, 2018 Politics section of The Washington Post. It was written by Eli Rosenberg and narrated by Sam Scholl.