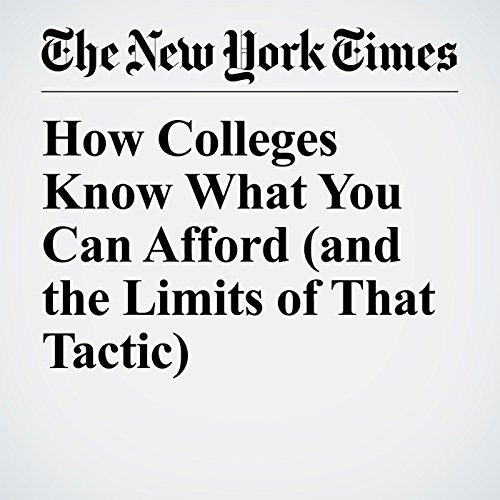 At many schools, the sticker price is close to meaningless — fewer than 10 percent of students at small private colleges nationwide pay full price. Tuition revenue per student at those colleges increased by only 0.2 percent last year. The costs of running colleges like Holy Cross, Jordan explained, “have become far greater (especially in the last 5-7 years) than the revenue that can be generated from the small number of students who can afford to attend.”

"How Colleges Know What You Can Afford (and the Limits of That Tactic)" is from the May 17, 2017 U.S. section of The New York Times. It was written by Kevin Carey and narrated by Keith Sellon-Wright.