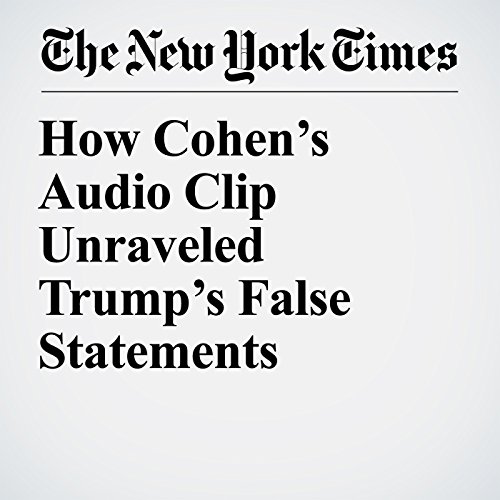 Just before Election Day, when The Wall Street Journal uncovered a secret deal by the National Enquirer to buy the silence of a former Playboy model who said she had an affair with Donald Trump, his campaign issued a flat denial.

"How Cohen’s Audio Clip Unraveled Trump’s False Statements" is from the July 25, 2018 U.S. section of The New York Times. It was written by Matt Apuzzo and Maggie Haberman and narrated by Keith Sellon-Wright.