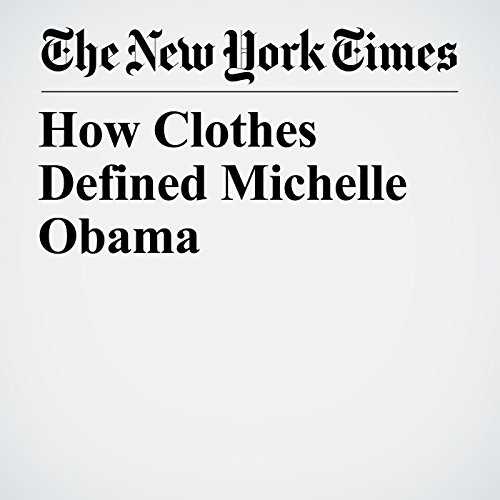 When Obama understood the impact of that early answer — when she saw the public response to her outfit (which had been chosen specifically as a riposte to the Palin news) — it set in motion a strategic rethink about the use of clothes that not only helped define her tenure as first lady, but also started a conversation that went far beyond the label or look that she wore and that is only now, maybe, reaching its end.

"How Clothes Defined Michelle Obama" is from the January 15, 2017 Lifestyle section of The New York Times. It was written by Vanessa Friedman and narrated by Keith Sellon-Wright.