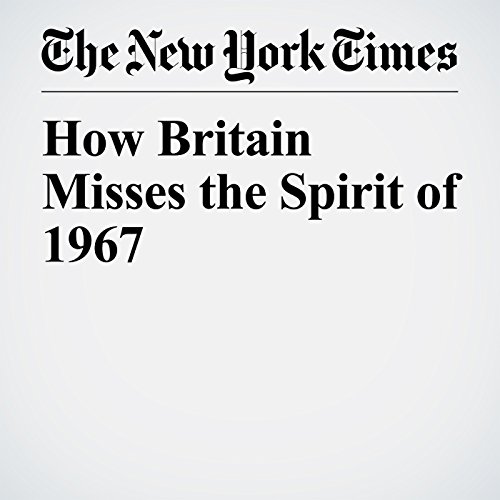 Countries, like the people who live in them, go through periods of anxiety and depression. Right now, Britain is pessimistic and demoralized, so much so that 2017 promises to be an “annus horribilis” more profound than the one famously described by Queen Elizabeth II nearly a quarter-century ago. She was referring to events in her own family, principally the separation of her eldest son, Prince Charles, from his wife, Diana. But the Windsors’ marital woes in 1992 are as nothing compared with the country’s current low spirits.

"How Britain Misses the Spirit of 1967" is from the August 10, 2017 Opinion section of The New York Times. It was written by Joan Smith and narrated by Barbara Benjamin-Creel.