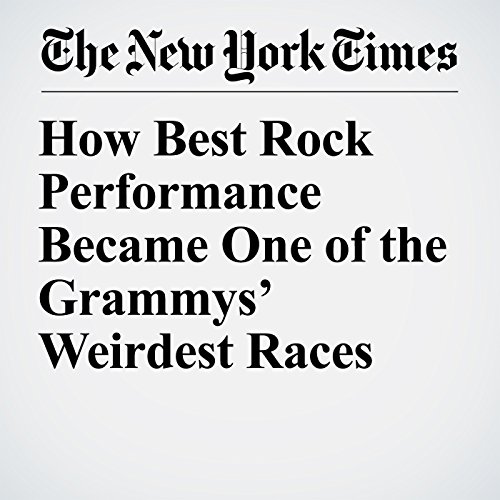 Like every Grammy category, best rock performance has its own history, which also serves as a metaphor for the vagaries of the annual music awards.

"How Best Rock Performance Became One of the Grammys’ Weirdest Races" is from the February 06, 2017 Arts section of The New York Times. It was written by Rob Tannenbaum and narrated by Fleet Cooper.