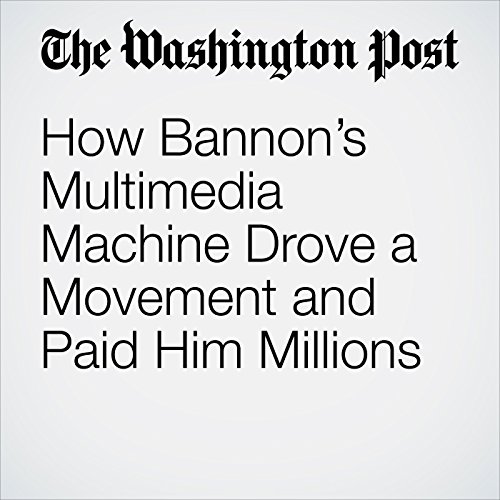 Stephen K. Bannon could barely finish his sentences as he implored the listeners of his Breitbart News radio show to see the new movie “Clinton Cash.”

It was July 20, the homestretch of the 2016 presidential campaign, and Bannon was describing Bill and Hillary Clinton as “scumbags” and “bandits” who had made millions of dollars through political connections.

"How Bannon’s Multimedia Machine Drove a Movement and Paid Him Millions" is from the April 09, 2017 Politics section of The Washington Post. It was written by Shawn Boburg and Robert O'Harrow Jr. and narrated by Jenny Hoops.