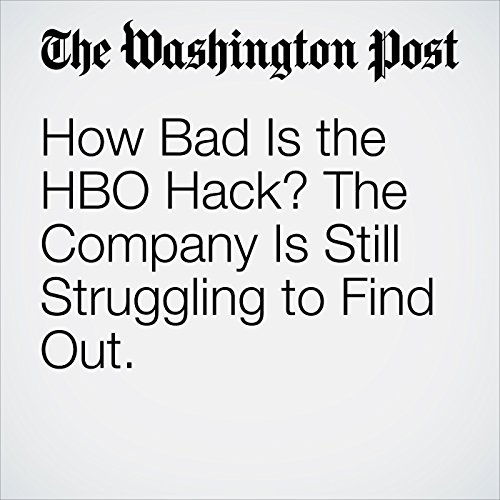 The hack, which HBO publicly disclosed Monday, reportedly resulted in the unauthorized release of several upcoming TV episodes from the series "Ballers," "Insecure" and "Room 104," as well as a script for an upcoming episode of "Game of Thrones." But it remains unclear what else may have been compromised.

"How Bad Is the HBO Hack? The Company Is Still Struggling to Find Out." is from the August 03, 2017 The Switch section of The Washington Post. It was written by Brian Fung and Craig Timberg and narrated by Jenny Hoops.