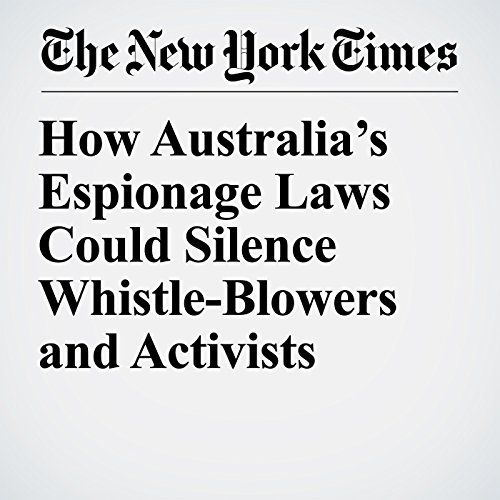 When Prime Minister Malcolm Turnbull of Australia recently proposed new espionage laws, he stressed the need for disclosure: Public officials with ties to overseas governments and entities would have to report any foreign effort to shape domestic politics.

"How Australia’s Espionage Laws Could Silence Whistle-Blowers and Activists" is from the January 30, 2018 World section of The New York Times. It was written by Damien Cave and narrated by Keith Sellon-Wright.