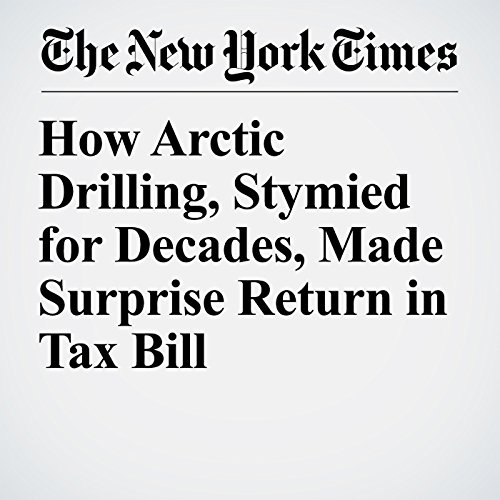 As another fevered push to open the pristine Arctic National Wildlife Refuge to energy exploration collapsed on the Senate floor in December 2005, Ted Stevens, then the powerful and wily Republican senator from Alaska, declared it “the saddest day of my life.”

"How Arctic Drilling, Stymied for Decades, Made Surprise Return in Tax Bill" is from the December 09, 2017 U.S. section of The New York Times. It was written by Carl Hulse and narrated by Kristi Burns.