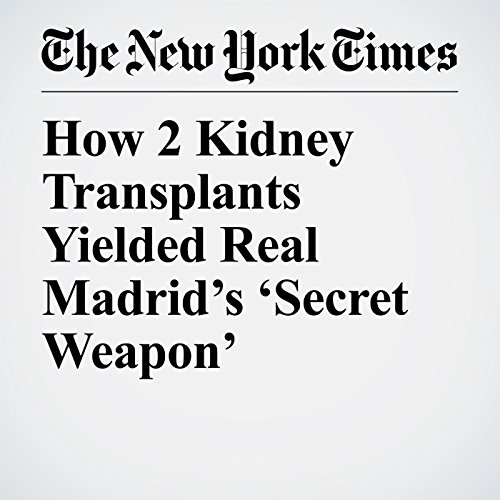 Whenever one of Real Madrid’s galaxy of stars is injured, one of the first people the club’s medical staff contacts is usually Terry Nelson. Nelson, 55, is known to Real Madrid as the creator and designer of what its former manager José Mourinho used to call the club’s “secret weapon,” a buoyancy suit that is used primarily to help injured players train in water, enabling them to build their fitness when they are unable to run normally.

"How 2 Kidney Transplants Yielded Real Madrid’s ‘Secret Weapon’" is from the November 28, 2017 Sports section of The New York Times. It was written by Rory Smith and narrated by Barbara Benjamin-Creel.