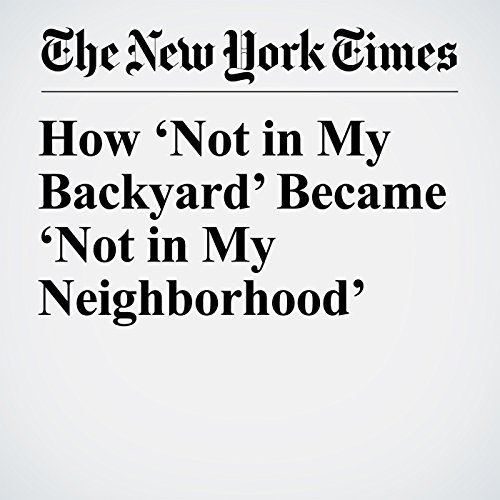 In Seattle, the neighbors don’t want apartments for formerly homeless seniors nearby. In Los Angeles, they don’t want more high-rises. In San Jose, California, they don’t want tiny homes. In Phoenix, they don’t want design that’s not midcentury modern. Homeowners in each of these places share a common conviction: that owning a parcel of land gives them a right to shape the world beyond its boundaries.

"How ‘Not in My Backyard’ Became ‘Not in My Neighborhood’" is from the January 04, 2018 U.S. section of The New York Times. It was written by Emily Badger and narrated by Keith Sellon-Wright.