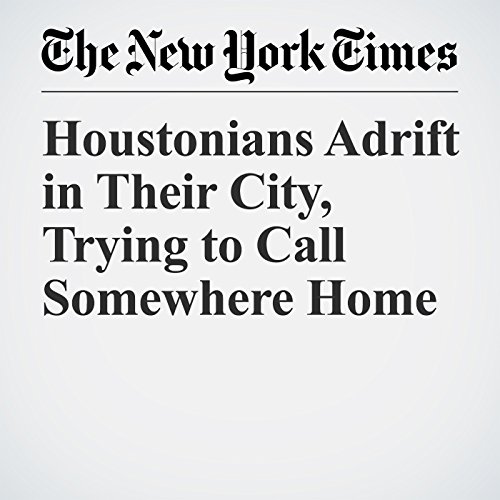 Hurricane Harvey’s floodwaters have left this sprawling metropolis partially ruined and eager to return to something like normalcy. But the storm has also forced many thousands of people out of their homes. As a result, the city is engaged in one giant collective improvisation. Its defining creative endeavor is where to find a place to sleep.

"Houstonians Adrift in Their City, Trying to Call Somewhere Home" is from the September 11, 2017 U.S. section of The New York Times. It was written by Richard Fausset and Campbell Robertson and narrated by Kristi Burns.