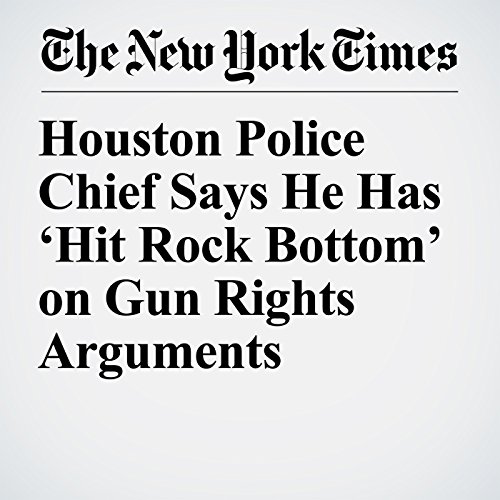 Just hours after 10 people were killed in a school shooting in Santa Fe, Texas, the police chief in nearby Houston issued a defiant condemnation of elected officials who had failed to act on gun control, saying he had “hit rock bottom.”

"Houston Police Chief Says He Has ‘Hit Rock Bottom’ on Gun Rights Arguments" is from the May 19, 2018 U.S. section of The New York Times. It was written by Jacey Fortin and Matt Stevens and narrated by Keith Sellon-Wright.