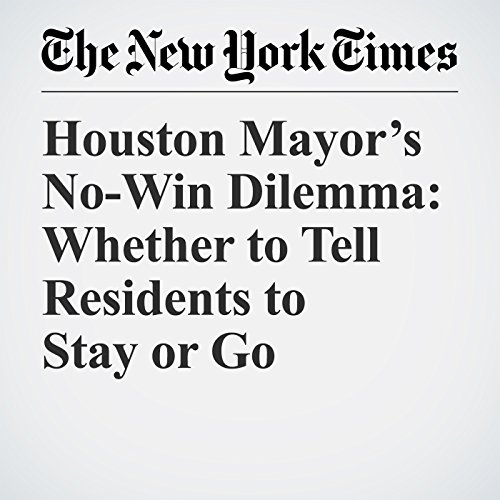 Phyllis Ullman, 73, had been evacuated from her flooded neighborhood Monday morning, and was visibly shaken as she sat in the back seat of a rescuer’s pickup truck speeding through the spitting rain. You can’t argue with Mother Nature, but she had strong words for Mayor Sylvester Turner’s decision not to issue a mandatory evacuation order for Houston, the nation’s fourth-largest city.

"Houston Mayor’s No-Win Dilemma: Whether to Tell Residents to Stay or Go" is from the August 28, 2017 U.S. section of The New York Times. It was written by Manny Fernandez and Richard Fausset and narrated by Kristi Burns.