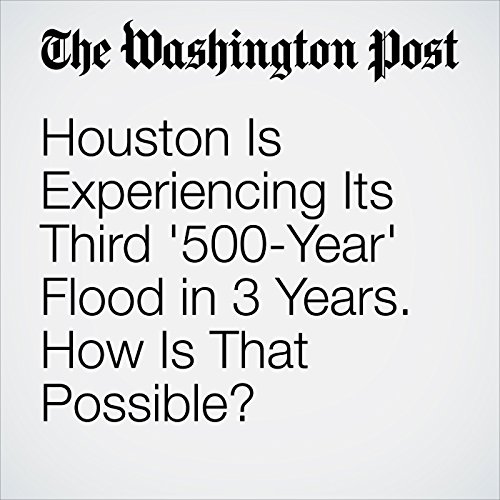 But 500-year floods, as it turns out, happen more frequently than you might expect. The Houston area alone has seen no fewer than three such events in the past three years, according to local officials: Memorial Day floods in 2015 and 2016, followed by Hurricane Harvey's torrential rains this year.

"Houston Is Experiencing Its Third '500-Year' Flood in 3 Years. How Is That Possible?" is from the August 29, 2017 Wonkblog section of The Washington Post. It was written by Christopher Ingraham and narrated by Sam Scholl.

Cosa pensano gli ascoltatori di Houston Is Experiencing Its Third '500-Year' Flood in 3 Years. How Is That Possible?